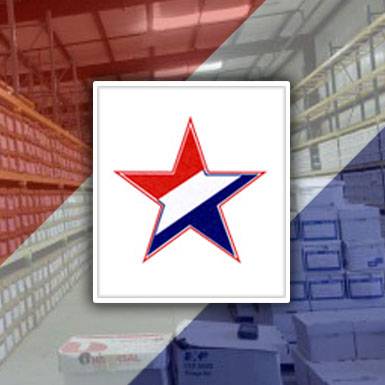 Serving in the military is one of the best places to cultivate the mindset of success. From day one, you train to go above and beyond, so that you're the best you can be.

Here's a Case Study on a company whose leader, after his military retirement, brought this winning mentality to his document storage and destruction business and has since won several outstanding honors.

Whether your business is already a major success, or you're a startup founder working tirelessly to get it off the ground, it's easy to let the daily grind get to you and forget the value of the journey.

Not so with Richard "Rick" Jackson. After a 25-year career in the Army, rising to the rank of Post Sergeant Major at White Sands Missile Range, he retired from the military. He then began a career in the banking industry, in charge of document destruction, where he discovered his true passion - entrepreneurship. His vision and expertise, in dealing with high security issues in both the military and the banking business, became the foundation for his new venture - American Document Services.

In 2001, Rick sought the assistance of the Small Business Development Center (SBDC) at Dona Ana Community College (DACC). In 2002, he rented a 3,000 square-foot space and started ADS with one shredder and a truck. Initially, he acquired four accounts. Within eight months, Rick had to hire two more employees. Again, he sought the help of the DACC SBDC in 2004 to secure the first of three US Small Business Administration (SBA) guaranteed loans.

The first SBA 7(a) loan was used to finance facilities, racking, software and working capital. In 2007, with the help of a second SBA 7(a) loan, Rick purchased his only other local competitor. With the assistance of the DACC SBDC business advisor, he acquired a new SBA 7(a) loan in 2008, to expand his business into a larger facility and hire more employees.

ADS has now been in business for 14 years. It stores approximately 150,000 containers and has over 1750 customers throughout southern New Mexico. Additionally, ADS is expanding now by adding franchises in Albuquerque, Richmond, VA., Houston and Phoenix.

"We're about 70% storage and 30% destruction, but that fluctuates," Rick notes. "We're on our way to destroying 2 million pounds of paper this year, up from 1.5 million last year and everything we destroy we recycle."

Not only has Rick Jackson grown his company from a startup in 2001 to 18 employees, he also employs individuals from Tresco, Inc., a nonprofit company that works with people with developmental delay and disabilities.

There is no such thing as a "can't do it" attitude in the military. When you're training, you have to learn things on the fly and get the job done.

The same holds true for the business world. Rick brought that kind of adaptability and winning mentality (skills that could be used and called upon for a lifetime) to work every day in civilian life and his hard work and determination paid off.

"Starting a business was difficult and I had no real knowledge of what was involved in being responsible for critical documents belonging to someone else. I also didn't know how to sell my records information management (RIM) services, or what I needed to offer," Rick explains." He continues: "So I started by researching numerous companies that provided record management software. O'Neil had everything I needed and more. Their training, customer service and technical support were outstanding."

"They walked me through the software; showed me what it could do; and were patient and took the time to listen and understand. Then they proceeded to assist and would stay with me until I felt comfortable. Lastly, when a change was needed, they would find a way to implement my request, or show me how their software already provided the support that I needed."

Rick notes: "I purchased another record center in 2008, that was using a competitor's software. After working with that technology, it was obvious that O'Neil was the leader in record management software and I had made the right decision choosing them. They worked to import the information I needed and made it seamless to the customer and our front office."

Succeeding in the business world can be a bit of a hit or miss. You try something, you fail. Maybe you try again. After a few times, though, many people give up because it's easier to do so.

Serving in the military is one of the best places to cultivate the mindset of success. From day one, you train to go above and beyond, so that you're the best you can be. And you're tested repeatedly, until challenges aren't scary anymore because you survived so many.

Rick learned, in his years of military service, never to shy away from a challenge. Even when it seemed like he was biting off more than he could chew, he just chewed like crazy. If he needed help, he asked. He just didn't say no to the challenge because he was scared. He also learned that having a small team of highly motivated, skilled individuals can overcome a much larger, well-provisioned adversary and so he went on to achieve business success.

So does military experience oftentimes translate to leadership and business savvy? One look at Rick Jackson and the success of ADS would suggest that it does.

When he entered civilian life, he realized that his military experience could be applied to achieve personal and business success. Along the way, he had learned a thing or two about perseverance, discipline, adaptability, teamwork, dedication and gratitude.

"Make sure whatever you want to do is something that is beneficial, a service and is needed. Provide excellent customer service, follow up on your promises and if you are doing well, don't forget where you came from and who got you where you are."

He concludes: "I wouldn't be where I am today without family support (three of his children are working with him), great technology and I also credit my customers for helping me improve. So no matter where you are in your business venture, above all - value the journey."